Saturday of the Third Week of Lent 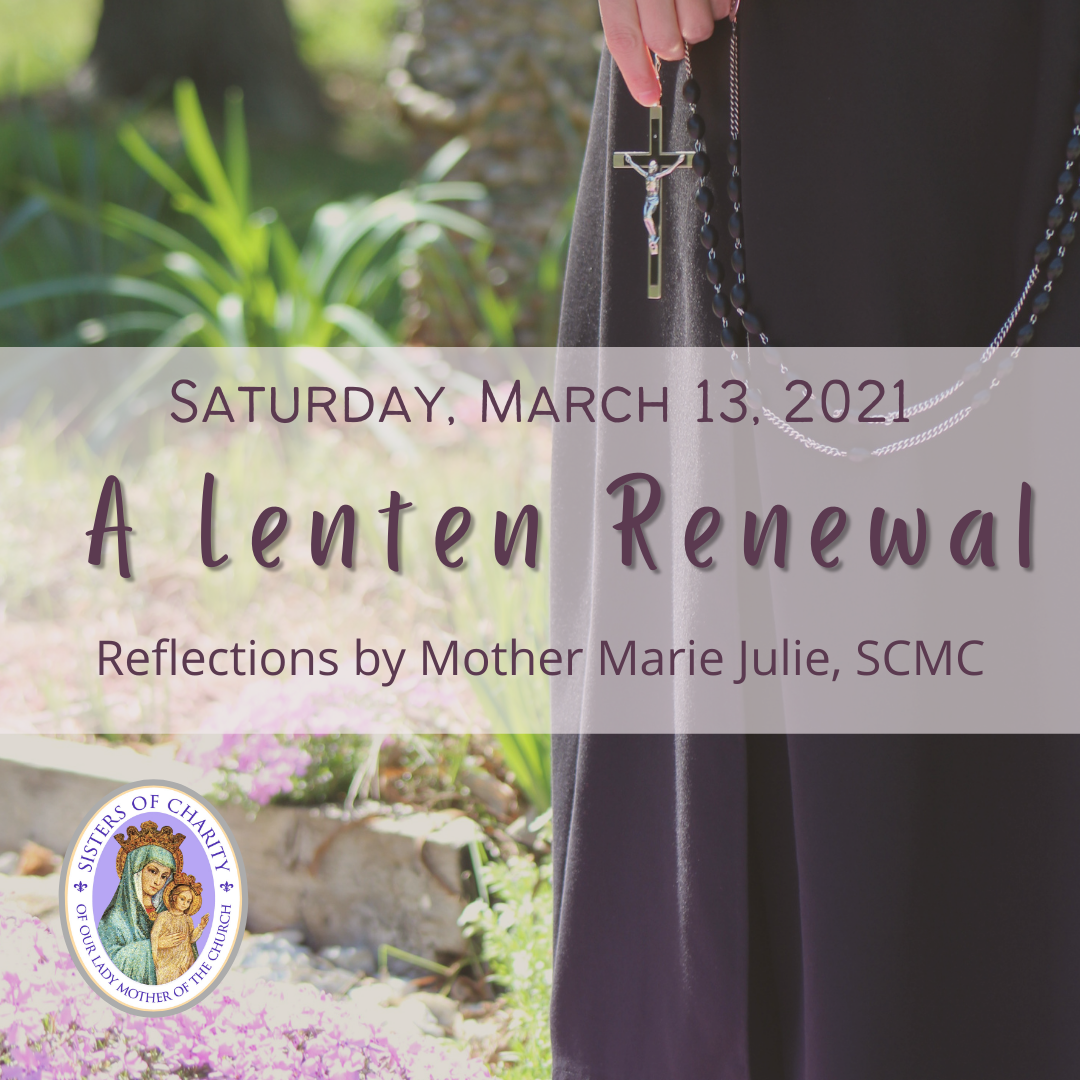 A Lenten Renewal:
Reflections on the Mass readings in light of our daily lives
By Mother Marie Julie, SCMC
My Dear Good People,
Have you ever gone to a presentation knowing nothing about the speaker, and found yourself hoping it will be interesting? We all have. If the speaker steps up to the mic and says, “Good evening. Let me begin with a story,” don’t you feel like clapping? Everyone loves a story. It engages us. We know it will have a moral, or will tell us something about the speaker, or will inspire us, but, whatever the intention, we are ready for a good story. Anytime.
Jesus knew that about human nature. So He often told stories as He moved about spreading the Good News of His Father’s love. Today at Mass we hear one of those many stories.  Luke, who wasn’t one of the original 12 apostles and probably never heard Jesus speak in person,  remembered this story he’d heard from the apostles and writes about it in chapter 18, verses 9-13. It’s about the Pharisee, a teacher of the Law, and the tax collector (aha! This will be good, we think) who both stood in the temple to pray. The Pharisee, seeing the tax collector hiding in the back of the temple, began to pray. O God, I thank you that I’m not like the rest of humanity, especially this tax collector. I fast and I give 10% of my income back to you.
But the tax collector, Jesus says, stood off at a distance and would not even raise his eyes to heaven but beat his breast and prayed, O God, be merciful to me, a sinner.
I can imagine those listening would have winced, cringed even, hearing this comparison. Perhaps each recalled a time when that thought or something like it was part of his or her own prayer. At the time it probably hadn’t sounded so bad, but coming from the lips of Jesus it sounded, well, just so—wrong. Jesus finishes by saying, though not in so many words, It’s obvious which prayer was heard.
It certainly WAS obvious. Nobody would pray like that and expect to be heard by God! But I propose that there is a deeper meaning to this story. Maybe He was telling us never to be afraid that God won’t hear our prayers because we are too sinful. All we have to do is say, You are God, and I am a sinner, and we have God’s ear. And His mercy besides.
I mentioned this before in a reflection, but it bears repeating: Pope Francis once accidentally gave us an inkling into his own humility when he said that when we enter the confessional and whisper Bless me Father, I am a sinner, God is waiting to forgive us. What a beautiful way to begin a confession: Bless me, Father. I am a sinner. There’s quite a difference between “I have sinned,’ as I was taught, and ‘I am sinner,’ as Francis does at the beginning of each confession.
At the end of this Parable, Jesus says, Everyone who exalts himself will be humbled, and the one who humbles himself will be exalted.  By God, that is.
Now, that’s Good News!
Have a prayerful Lenten Saturday
Facebook
Twitter
LinkedIn
Pinterest
PrevPreviousCongratulations, Mother Marie Julie!
NextFourth Sunday of LentNext
“With Mary, our lives continually proclaim the greatness of the Lord and the joy experienced in rendering service to Him.”