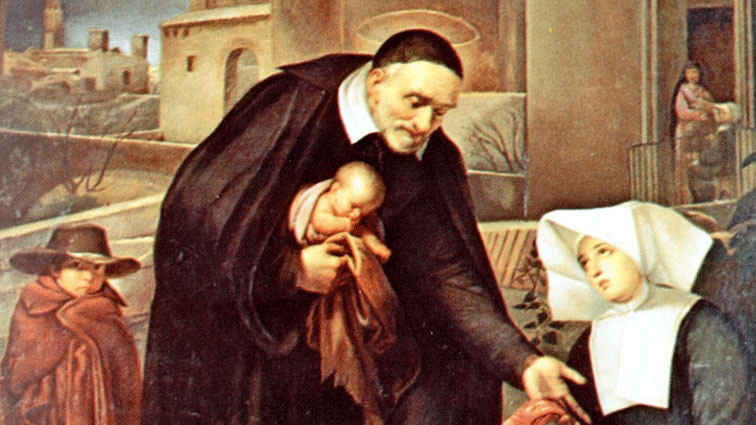 The Divine Dialogue of God with the Soul
Weekly Reflection by Mother Marie Julie, SCMC
My Dear Good People,
In today’s Gospel, Mark 1:40-45, we see a man afflicted with leprosy who approached Jesus and asked to be cleansed, which meant healed. Leprosy was nearly the worst thing that could happen to a person at the time of Jesus (and for many centuries afterward). Such a person was obliged to give a loud warning whenever he approached anyone. He was not permitted to live with his family and was completely ostracized from society. Since there were no provisions made for him by any ‘agency,’ he had to fend for himself. And this, for his whole lifetime after being diagnosed. Who can comprehend his sense of loneliness and despair?
For this man to approach Jesus and ask for healing was both an act of immense courage and a proof of his profound faith in Him. We can imagine him coming as close to Jesus as he could while still ‘socially distancing’ himself from everyone else around. Jesus stretched out His arm and, lo and behold, touched the man. It’s a detail that would not have been lost on those who were there, or on those who read the Gospel later, since leprosy was considered so contagious that anyone who touched a person with it was at immediate risk of contracting the disease. Does this sound familiar?
Jesus wasn’t trying to prove a point. He was simply being Jesus–God who reaches out to us in our most profound need and touches us, hoping we won’t pull back or run away from Him.
I wonder if just the touch of Jesus was a kind of a miracle for him, as he suddenly felt like a human again, even before he realized he had been healed. He touched me! Jesus saw beyond my affliction and loved me enough to see me as someone worthy of his attention! That in itself must have seemed like a miracle.
I remember the early days of the AIDS crisis. A person diagnosed with the disease was often ostracized or at least made to feel that he or she WAS the disease. It defined the person. People could barely speak the word. Even in the medical community where I ministered, the professionals were often much afraid to tend to a patient with AIDS. How terribly painful for those afflicted with it. And leprosy was no different.
Jesus understood that kind of suffering. He could have, by an act of His Will, simply deigned to heal the man with leprosy from a safe distance. But he leaned toward this man and showed him that he was not beyond the reach of God’s mercy.
Haven’t we sometimes felt we weren’t worthy of God’s love or of His forgiveness? Have we ever thought that we were beyond hope because of our actions or that we just weren’t good enough? If we haven’t, we all know of people who feel this way. But God comes to us, reaches out to us, leans into us. And. Rescues. Us.
Lent begins this week. As we consider what our personal Lenten practices might be, suppose we decide to allow God to reach out to us when we feel least worthy of Him, or to make a good confession, confident that He wants to forgive us even more than we want to be forgiven. Or let us try to begin our day with a few minutes of being present to God in quiet prayer, even when we feel He must be too busy to pay attention to ‘the likes of me.’ Or, we might open our hearts to someone at work or school or in the neighborhood who has been neglected, misunderstood: you know, the one who says, “I feel like I’ve got leprosy! Nobody ever listens to me or pays attention to me. I feel invisible!” Dare we stretch out our heart and rescue him or her with the same love with which Jesus has rescued us every time we’ve asked Him to? What a wonderful Easter it would be for us after such a lent. Or better yet, what a wonderful Easter it would be for the person we have leaned out to and touched.
Today is Valentine’s Day, the feast of love. My Sisters and I pray that you will know yourself to be loved beyond measure by God who is always leaning into you, stretching out His hand to you to heal you in the broken places, especially those places unknown to anyone else.
If you want to, you can heal me, the man in today’s Gospel said. And Jesus answered, I do want to. Be healed.
God bless you, and have a blessed Lent.
With great love and respect,
Mother Marie Julie
and the Sisters of Charity
of Our Lady, Mother of the Church
Facebook
Twitter
LinkedIn
Pinterest
PrevPreviousFebruary 7, 2021
NextAsh Wednesday – February 17, 2021Next
“With Mary, our lives continually proclaim the greatness of the Lord and the joy experienced in rendering service to Him.”