Tuesday of the Third Week of Lent 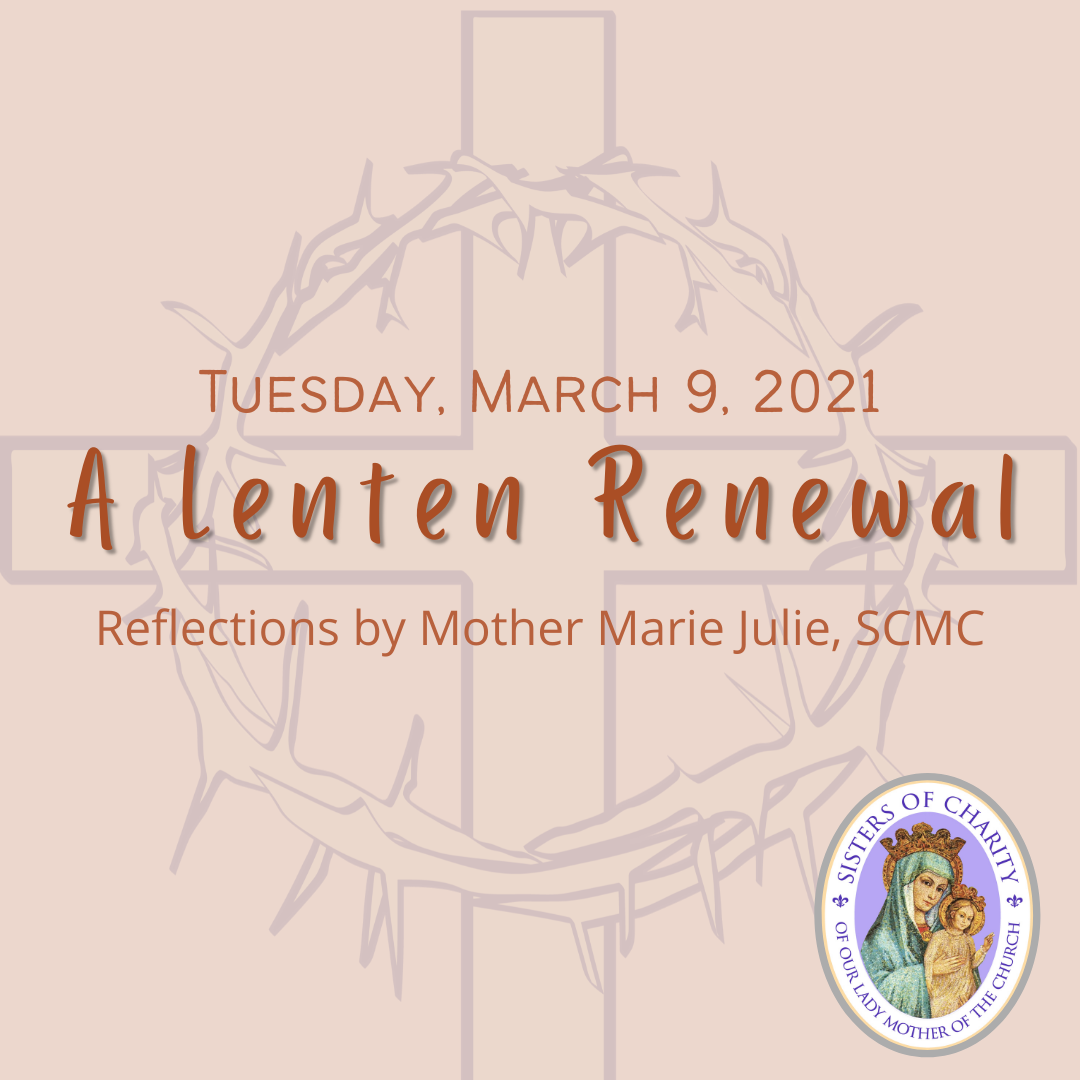 A Lenten Renewal:
Reflections on the Mass readings in light of our daily lives
By Mother Marie Julie, SCMC
My Dear Good People,
Today’s Gospel, Mt. 18:21-35, shows us a sweet picture of the interplay between Jesus and Peter.
Peter approaches Jesus and asks, If my brother sins against me, how often must I forgive him?
It’s a question many little boys have asked their dads throughout human history. There’s a taste of frustration here as if Peter’s brother has offended him one time too many. It sounds like Peter is appealing to Jesus for help. He’s been trying hard to be kind to his brother, and not lose it with him. But Peter has reached his limit this time, and before he does something he will regret, he touches base with the Master. Maybe he was hoping Jesus would say, Sit down and tell me all about it. I know how your brother is, and I know how many times you’ve forgiven him. Don’t worry, You’ve forgiven enough. Don’t you just love Peter? He tries so hard to be good, to be like Jesus, to take everything Jesus says literally, but this is, well, just too much. I can imagine Peter spent a lot of time in the evenings, after the others had turned in, sitting around the fire with Jesus going over the day. He must have asked many questions, and Jesus was gentle with Peter. Usually.
But not this time. This evening, Jesus drives home a lesson for Peter that is bold. Big. Business like. There is no question here that Jesus wants Peter to know that forgiveness is a matter of justice as well as mercy. If someone sins against you, think how many times My Father has forgiven you. Now you must pay it forward. Many times. Seventy times. More than seventy times, because that’s how many times I have forgiven you.
This was an important moment for Peter, this Gospel, because before too long, there would come a time when he would be desperate to remember what Jesus had said about forgiveness. It will be the moment when both he and Judas will realize the enormity of their respective sin.
Sin always takes place in the darkness. Sin cannot exist in the light of God. So it will be in the darkness of that Thursday night when Judas in the garden and Peter in the courtyard will both betray Jesus: one for the sake of thirty pieces of silver, the other in the hope of saving his own skin. But one will have forgotten the stories of forgiveness, and the other will come to remember them. So the one will forget and take his own life in thinking he deserves unforgiveness; the other will remember and cry out, Lord, You know everything! You know that I love you.
That may be the difference between these two apostles of Jesus: one could not imagine that God forgives. The other could not imagine that He wouldn’t.
May we never forget this story. Not so much the part about forgiving others, but the part about having been forgiven so many times ourselves. If we remember that, it won’t be hard to forgive our brother; not seven times, but seventy–seven times. Just like Jesus said.
God bless your Lenten Tuesday.
Facebook
Twitter
LinkedIn
Pinterest
PrevPreviousMonday of the Third Week of Lent
NextWednesday of the Third Week of LentNext
“With Mary, our lives continually proclaim the greatness of the Lord and the joy experienced in rendering service to Him.”