Monday of the Third Week of Lent 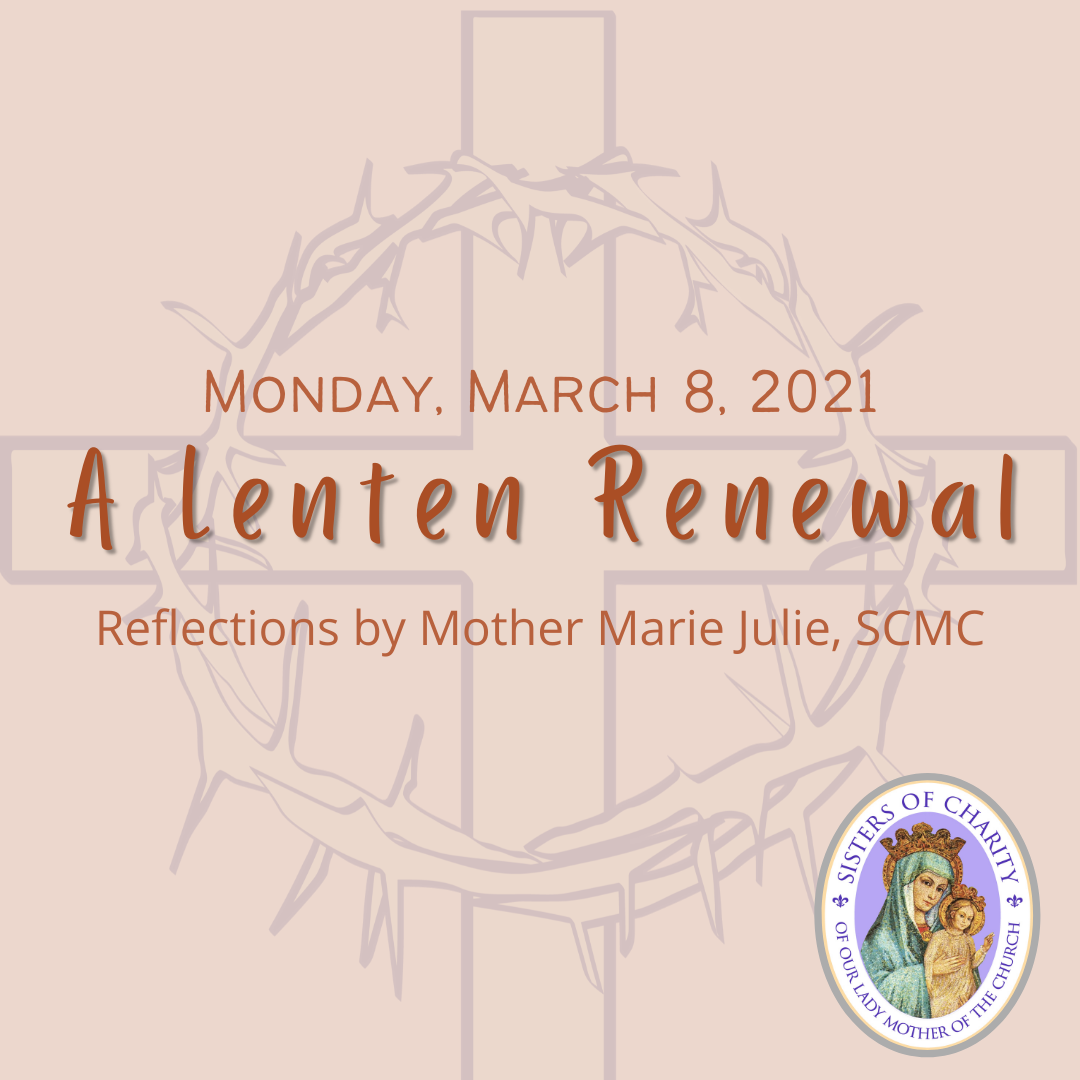 A Lenten Renewal:
Reflections on the Mass readings in light of our daily lives
By Mother Marie Julie, SCMC
My Dear God People,
In today’s Gospel, Luke 4:24-30, we watch the tension rising between Jesus and the people from His own neighborhood as He returns to the Synagogue in Nazareth and speaks about the lack of faith He finds there. This is early in His public life, and already a riot seems to occur as they force Him outside the town and try to throw Him over the precipice to kill Him—because of His message. It’s a scene that will be replayed over and over for the next two years until He is finally betrayed by one of His apostles and sold to the powers that eventually condemn Him to death by crucifixion.
All this while He is ministering to people who need Him, who need to know that as the Son of God He is the answer to their deepest longings, and who refuse to listen to the Word of God as He speaks about all that is good, true and beautiful. Throughout the three years of His public life Jesus is misunderstood, criticized and challenged by the very ones He desires to fill with peace. During these next four weeks of Lent we will hear in the Gospel most days that the plans to destroy Him are ramping up, and there are more and more attempts to trap Him in His own words. But He never gives in to the voices of anger or deceit. He continues to bring words of love and compassion, daring to point out where the people are going wrong, in order that they may turn back to God and be saved. Jesus continues to fulfill His mission even as He walks into the jaws of death, because He is the Savior of the world, and though it cost Him His life, He will lay it down willingly for love of each one of us.
Today as we read this chilling Gospel (did His mother Mary see Jesus as they thrust Him to the edge of that hill?) may we rejoice in the selfless love of God who sent His only Son to bring us safely home, and at such a price.
Know that you are loved.
God bless you.
Facebook
Twitter
LinkedIn
Pinterest
PrevPreviousThird Sunday of Lent
NextTuesday of the Third Week of LentNext
“With Mary, our lives continually proclaim the greatness of the Lord and the joy experienced in rendering service to Him.”