Monday of the Fourth Week of Lent 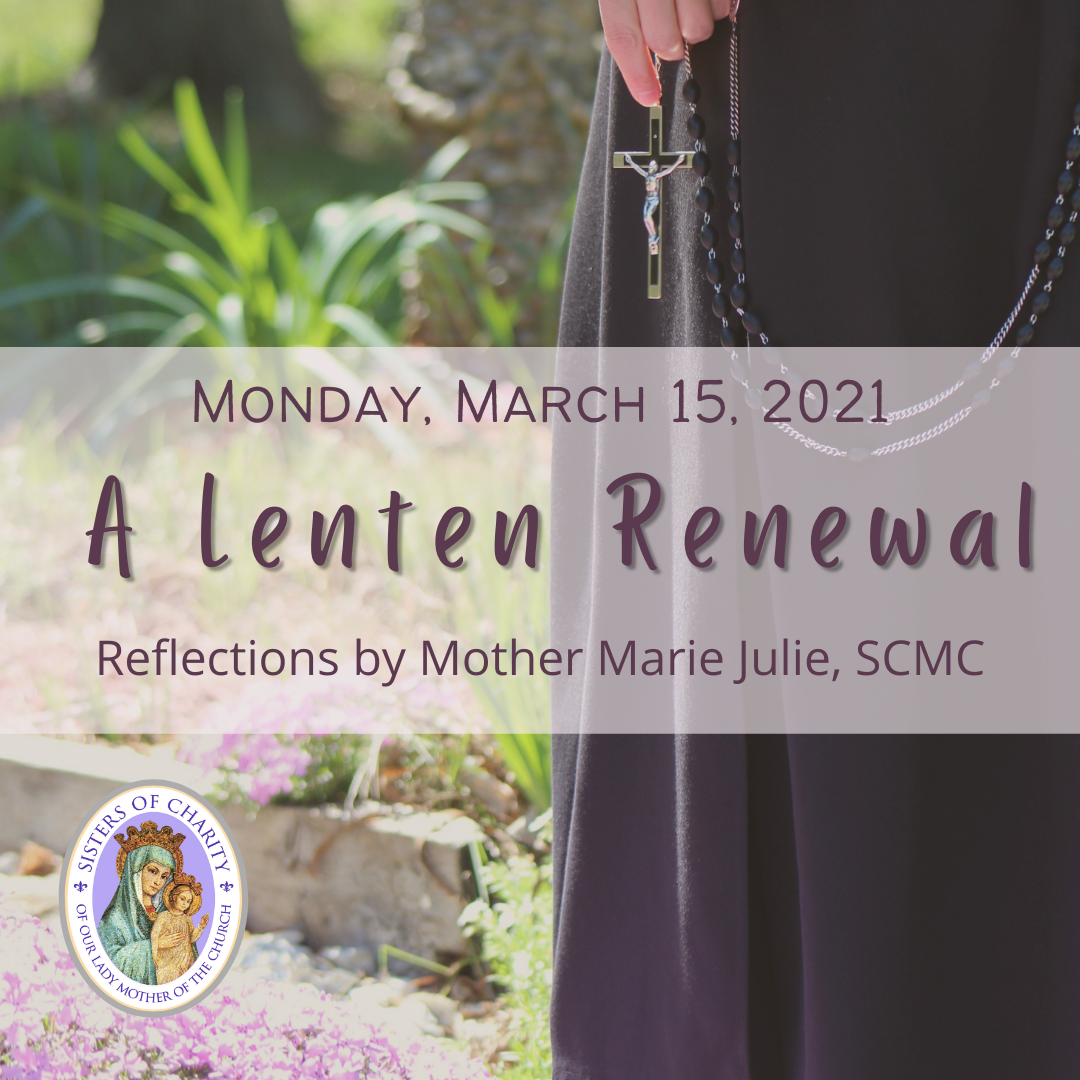 A Lenten Renewal:
Reflections on the Mass readings in light of our daily lives
By Mother Marie Julie, SCMC
My Dear Good People,
Think about a time you needed a miracle (a very big one) from God and wondered how to win it. Perhaps you thought that having Mass offered would convince God. Or a novena of rosaries. What about giving up television, or wine (or, better yet, both), for a month? Can you recall ever doing that? I have, though the details of the ‘sacrifices’ were different….
Today, in John 4:43-54, we hear about an incident that took place in Galilee between Jesus and a royal official whose son was near death at home. The official sought out Jesus in the town and begged Him to come down and heal [my] son. For him, desperate though he was, there was no bargaining, just the urgent request to come. Jesus responded by saying, Unless you people see signs and wonders, you will not believe. It was a strange answer from Jesus, who usually just cured everyone who asked Him. It sounds as though He was frustrated, or even angry. But the official was not put off. Brushing aside Our Lord’s enigmatic comment, he simply repeated his request: Sir, come down before my child dies. Jesus then tells him, You may go; your son will live. And the boy did live.
In reflecting on this I wonder about two things: first, why would Jesus say such a thing? And second, why didn’t the man make a fuss and point out to Jesus that he himself wasn’t asking for a sign, just a miracle! It seems logical that there should have been more to this conversation.
I suppose that Jesus likes it if we simply state our need, then wait for it to be met. I, on the other hand, often want to make sure God has heard me so I keep repeating it over and over until He answers me. Evidently there’s nothing too wrong with that, because Jesus tells us in another place it’s good to be insistent (Luke 11:8).
In this Gospel, it appears that prayer touches the Heart of God no matter how we make it. That’s because God is in dialogue with every soul according to the makeup, the understanding, the desire of each one. There isn’t only one way to pray. Jesus did teach us one way in the ‘Our Father.’ And another when He went up the mountain and prayed all night long (Mt 14:23). He taught us another in the Garden of Gethsemane when He begged His Father, If it is possible, let this cup pass from Me (Luke 22:42).
What is important is that we pray. And that we pray with faith. Sometimes it’s hard to be convinced God will answer our prayer, especially when it seems like an impossible case (a loved one who’s been away from the Church for years, for example).  But here is a man who isn’t even certain who Jesus is—he calls Him ‘Sir’—but he obviously believes He will do what he asks Him to do, even save his child from death.  That’s blind faith.
During Lent the Church asks us to consider prayer, fasting and almsgiving. We usually do better with one than the other two, and for various reasons. This week, it might be good to examine our prayer: not to see if we ‘do it right,’ but to remind ourselves that prayer is a gift—to God and to ourselves. We speak and God listens. Then, God speaks and we listen: that’s important, too.
As for what Jesus meant when he scolded the official about wanting a sign? I have to say I don’t understand that, exactly. I think I’ll go pray about it!
After all, it IS Lent.
God bless your Lenten Monday.
Facebook
Twitter
LinkedIn
Pinterest
PrevPreviousFourth Sunday of Lent
NextTuesday of the Fourth Week of LentNext
“With Mary, our lives continually proclaim the greatness of the Lord and the joy experienced in rendering service to Him.”