Wednesday of the Fifth Week of Lent 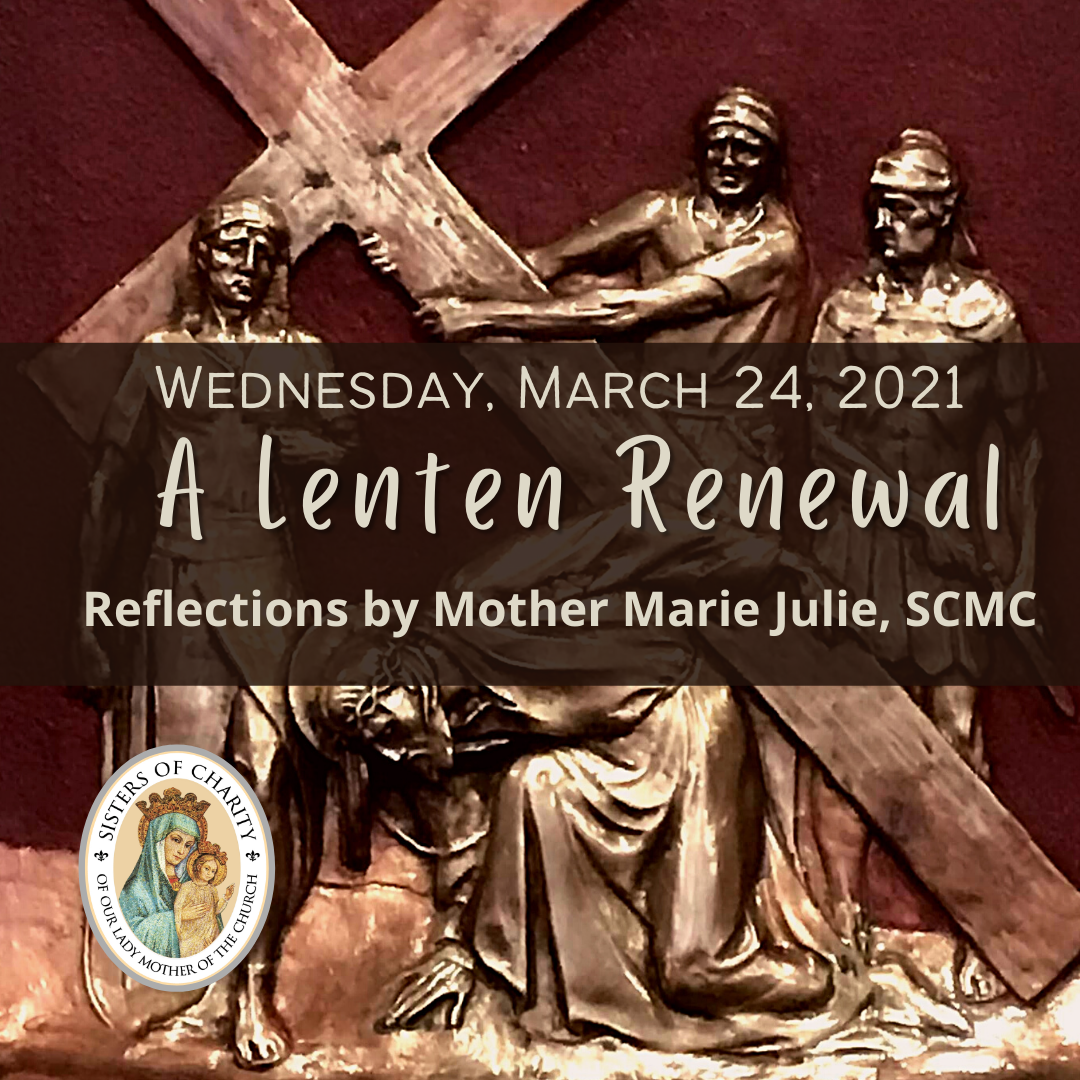 When I was in fifth grade, we had an exam—a Friday test, really. After the test, the teacher called another student and me to her desk, in front of the class. She pointed out that the boy standing beside me and I had identical answers for one of the questions. Before I could say anything, the other student said, “She copied from me!” I remember being stunned. I had never cheated on any work in school. Ever. I quietly told the teacher that, knowing she would believe me because I was the one telling the truth. But she didn’t. For some reason, she believed the boy, no questions asked. I was in a peck of trouble, without defense, without proof. I felt helpless.

I don’t recall the disciplinary action. Cheating was a serious offense at that school. I hope it still is. I do remember that my parents were very disappointed, and that broke my heart. Even they didn’t believe me. The truth didn’t set me free that day.

And often, it doesn’t. Set us free, I mean. It was a hard lesson for me to learn, and when I read it in the Gospel some years later, I recall the sinking feeling with which that fifth grade memory came back to me. It was small potatoes, compared to the awful injustices millions of people have endured at the hands of untruthful accusers, and the religious persecution Christians have suffered from earliest days of the Church often at the cost of their lives. But for a nine year old, it wasn’t small.

So what did Jesus mean in today’s Gospel found in John 8: 31-41, when He declared that the truth will make us free? I know now. If my little school mate thought of that incident today (I pray he doesn’t), I don’t think he would feel free about it. But I do. There have since been many times when I have been able to accept injustice in my life because I knew it was part of God’s plan for me. In the case of the conversation Jesus was having with others in this Gospel today, He is saying that if we are faithful to God’s Word, that is to Jesus, then it is Jesus Himself Who sets us free. We have no part in any lie or deception of the evil one. That is one of the truths that have drawn many people to conversion to the Catholic faith: we have the Truth, and the Magisterium of the Church teaches only the Truth. Now that is freedom.

Many years after the incident I mentioned here I met the man who, as child, had gotten me into a passel of trouble. He was enrolling his own little boy in the school where I was teaching. I remembered him instantly, but could not be upset with him—he was just a child himself when it happened. I smiled at the irony of it all. He, of course, never recognized me. I’m glad of that. After everything Jesus has said about forgiveness, I think I would have lost my own freedom if I had reminded him of that long ago afternoon. For me, after all, the Truth of everything Jesus ever said has, in fact, always set me free, and will continue to do so until I see Him Face to face in the place where Beauty and Truth abide forever. By His Passion and Death He has won that for me. And for You.

Facebook
Twitter
LinkedIn
Pinterest
PrevPreviousTuesday of the Fifth Week of Lent
NextFeast of the AnnunciationNext
“With Mary, our lives continually proclaim the greatness of the Lord and the joy experienced in rendering service to Him.”