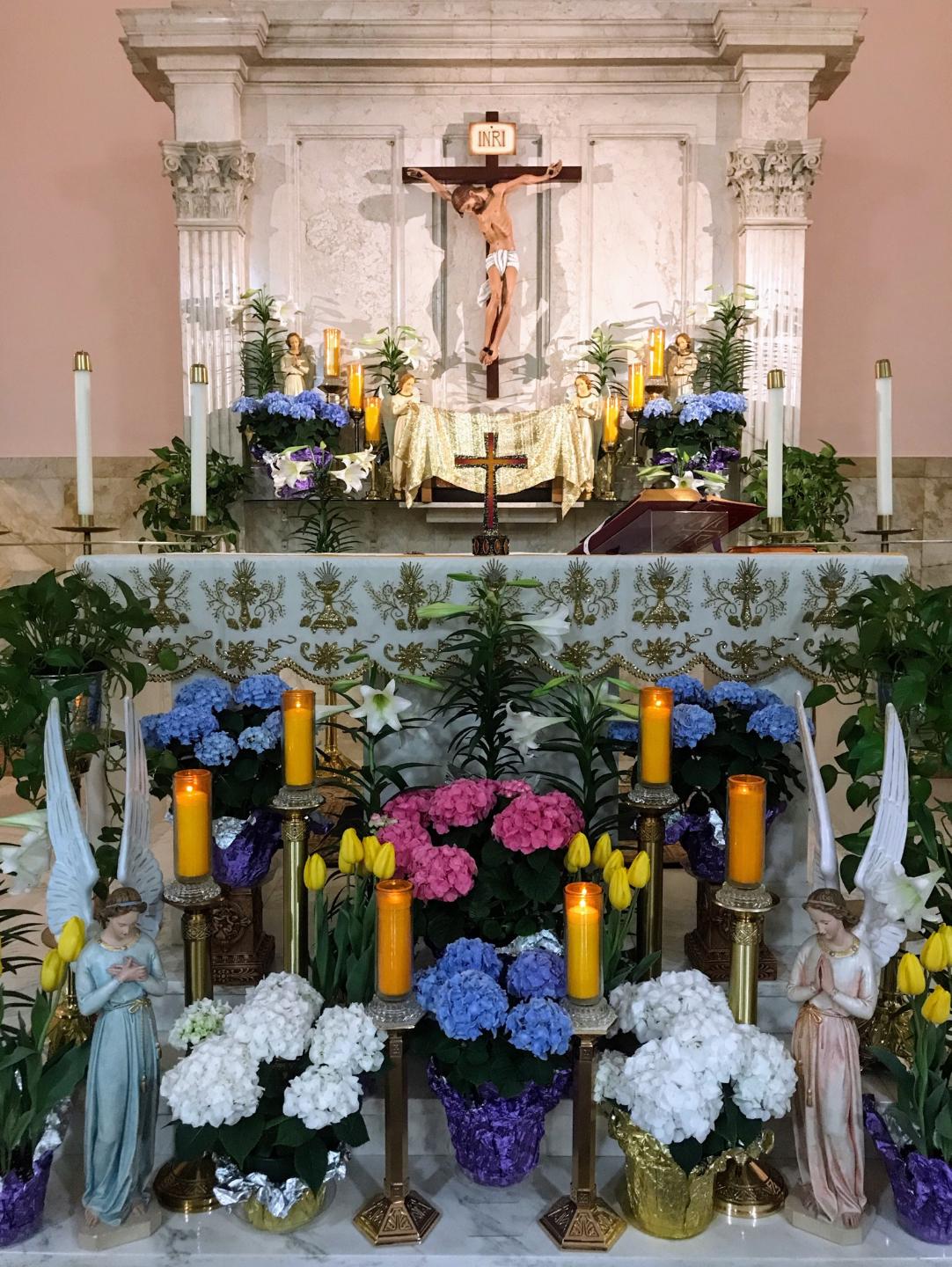 The Divine Dialogue of God with the Soul

Today we have a Gospel that shows us Jesus appearing to His apostles after the Resurrection (Luke 24:35-48). They have already heard from several people that Jesus is not in the tomb, that He was seen outside the tomb, that He spoke to individuals, even had supper with the two at Emmaus, but when He enters the Upper Room and shows Himself to them, they are afraid. Terrified, Luke says. If they can’t believe one of their own, can’t they at least believe Jesus Himself?  Evidently not, because Jesus finally asks them for something to eat. (An aside: how very human of Jesus to do this. He must have thought, If they still think I’m a ghost, they will see that I eat just as they do. I feel bad that he was given leftover fish, though. It seems a juicy piece of lamb, or some fresh goat cheese might have been much nicer for His first Welcome Home meal.) But even then, He has to open their eyes for them to understand. That’s a strange expression. We say to someone who can’t see something obvious, Just open your eyes! We never say,  Let me open your eyes. Yet, that’s what Jesus does. He opens their eyes.

What lengths Jesus goes to to prove to His followers that He is truly risen. I don’t suppose it was easy for them to believe that, though. We’ve heard this story since we were children, but the apostles? The people of His time? What an incredible thing—He was hung upon a cross, dies and was buried. Now here He is, come back to life. No wonder they were incredulous. They hadn’t read the Gospel yet!

But Jesus doesn’t give up on them. He will do whatever it takes to convince them that it is really He. He still has so much more to tell them.  He holds no grudge, asks for no explanation for their absence when He needed them most.  Just, Take Me as I am. Now is when they need Him the most, and He won’t fail them, for sure.

The Easter Gospels are so beautiful.  For three years He had tried, in both subtle and overt ways, to convince the people that He is the Son of God. Some believed, some did not. But in these After-The-Tomb days, He seems concerned only with His closest friends, wanting to be very near to them, wanting to heal them from their terror, doubt, angst, incredulity, sorrow, woundedness, regrets. If they are going to learn to live without His physical presence, He will have to make sure they understand all there is to know about the Paschal Mysteries.

But ultimately, what really matters is that they know He loves them still.

That’s all we have to know, too.