Monday of the Fifth Week of Lent 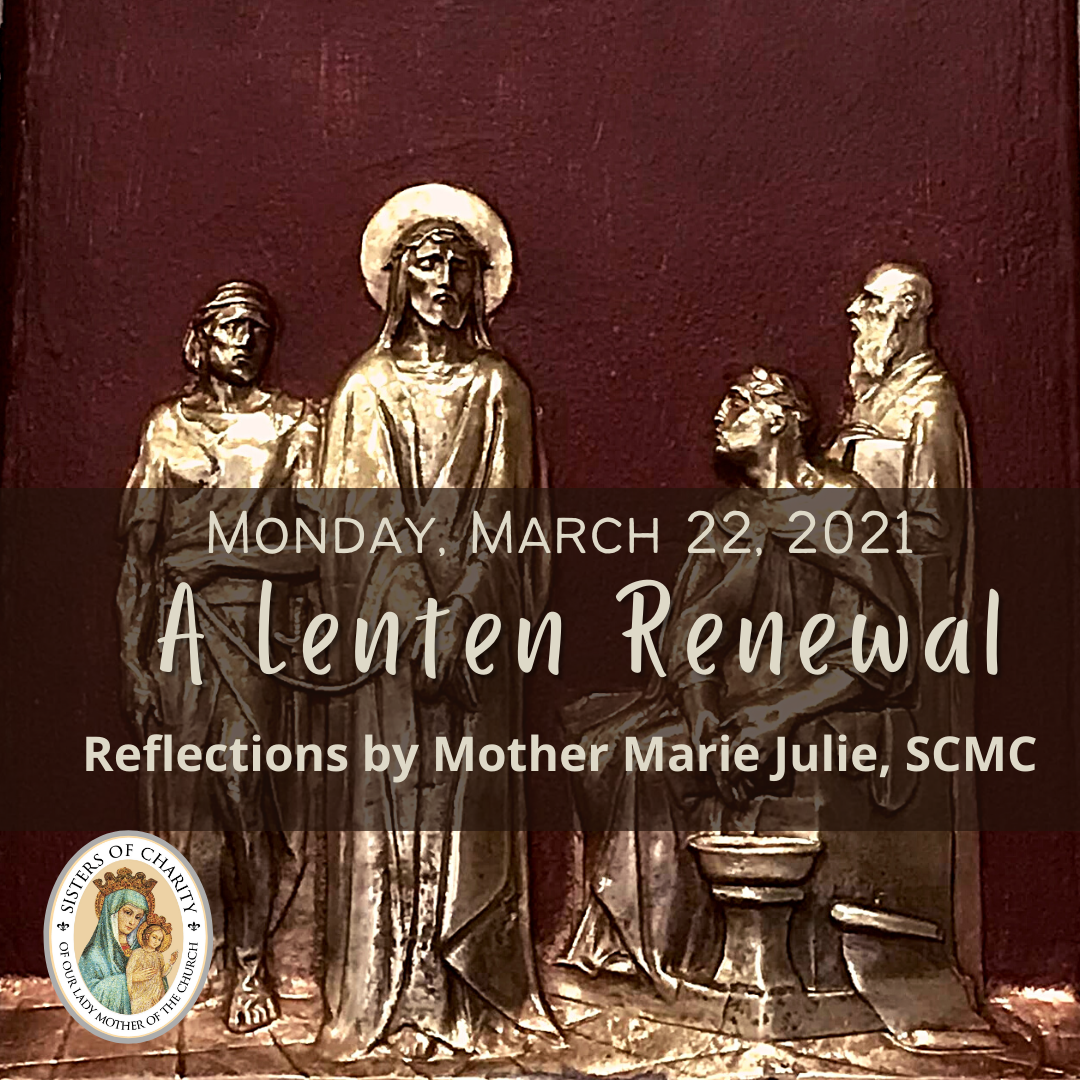 How embarrassing! A woman is “Caught in the Act of Adultery.”  We know nothing more than that about her from the Gospel of John, 8:1-11. We wonder, how was she caught? Who caught her? Was it a free act of her will, this situation, or was she a single mom trying to get money to feed her child? A woman stuck in a loveless arranged marriage, seeking solace against her loneliness? What we do know is that the men brought her before Jesus “to trap Him.” The Law of Moses said a woman who commits adultery is to be stoned. No questions asked. (There is no mention of the man here, though Jesus does have something to say about this in Matthew 5:28). If Jesus says she should be stoned, then He would be contradicting everything He has said about forgiveness, about not judging people, etc, and then nothing else He has said would be credible, including His claim to be the Son of God. And if He says that she should be condoned, He would be disobeying the Law of Moses, which was blasphemy. Once again, this would have been a lose-lose situation for Jesus. That was just what the Pharisees wanted, so they could arrest Him and do what they wanted with Him.

It’s interesting that as soon as the Pharisees stood her in the midst of the crowd, Jesus bent down to the ground in front of her. Can you see this? A woman burdened, embarrassed by her own sinfulness stands before the God of the universe, while the God of the universe bends down before the sinful woman. We who know Jesus are stunned by this. Did His accusers recognize this miracle of humility? Did the woman herself see the exquisite beauty of this action of Jesus? Was her heart drawn to this Rabbi who did not stand in judgment of her? Did she finally encounter the first man in her life who saw her inner beauty? Was this someone who could love her without lust, without seeking his own pleasure, who saw her as more than the sum of her physical attributes? Was this a man who invited her to a second chastity, a new way of life, and who believed she was capable of purity of heart?

Imagine what happened when Jesus stood up and gazed at her with love. Art shows her with eyes downcast, shattered by embarrassment. But contemplation shows her to us as one who is experiencing mercy, perhaps for the first time in her life.

And the crowd that was dispersed by a few words of Jesus, If you’ve never sinned, you cast the first stone, what were they thinking? Can we pray that, as they recognized their own sinfulness, they were converted at that moment, as she was?

Where do we stand in the tenderness of this Gospel? Do we see ourselves unequivocally condemning a person who commits a terrible crime, or can we make an excuse for her while praying that she will come to know God’s mercy? Do we tend to write off a person who has hurt someone we love, or can we find forgiveness in our hearts because Jesus has so often forgiven us? Or, consider this: if we have committed a sin that fills us with awful shame or embarrassment, can we believe that Jesus will humble Himself before us in order to draw us into His merciful embrace?

Oh, with what love He seeks to assure us of our loveliness in His eyes as He wipes away our sin.

Facebook
Twitter
LinkedIn
Pinterest
PrevPreviousFifth Sunday of Lent
NextTuesday of the Fifth Week of LentNext
“With Mary, our lives continually proclaim the greatness of the Lord and the joy experienced in rendering service to Him.”